The Road to Edinburgh

Last Weekend I visited the Scottish city of Edinburgh. Each year on August the capital city of Scotland becomes a big festival, officially named The Fringe Festival. And each year I get to squeeze a day between work at the hospital and studies to visit this beautiful city.
My journey started at Victoria coach station in central London, as the journey up north lasts for nine hours, I thought it would be good idea to take the overnight bus that leaves London at 11p.m and reaches Edinburgh 8a.m the next day.
I thought that the trip will be boring so I prepared a hand bag full of four books to read and two note books to write, my laptop to write any new ideas for my new literary project. The journey went smooth and although I didn’t sleep, just for one hour, because of the damn yellow drink they call Red Bull; I managed to pass the time easily and without muscle cramps.
The morning at Edinburgh was stunning, as August this year seemed to lose direction to which season it must belong. 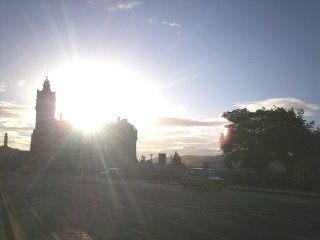 The city is completely different from any other city in Britain; its architectural style is a mix of continental and Mediterranean styles. And because it’s built on hills and on the edges of rocky average height flat summits, the city has a touch of being more like a town more than a metropolis. 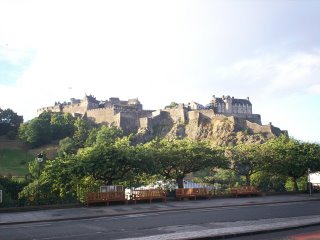 Scots are nice people, I like their cute accent, and they are very innovative, and they have that sense of expressing their independent identity.
So I spent the early hours of the morning having coffee to stay awake, and climbing the slops of the city till I reached my destination, The Edinburgh International Book Festival. 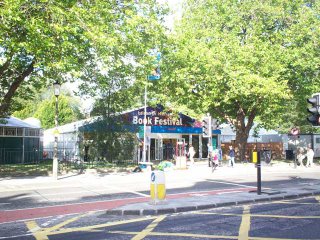 The festival venue is built on a square/park; it lasts for two weeks on August of every year. The festival is one of the major events of the cities monthly festival, and is considered one of the renowned cultural events in the world. It focuses on books, authors and promoting the culture of reading. 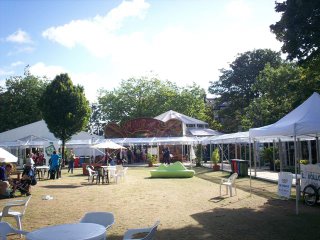 The morning events are mostly for children, there were legions of them with their parents attending workshops, for drawing, writing, meeting their favourite authors, reading for them and answering their questions, and of course getting them to sign on copies of their books. 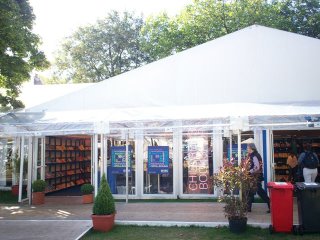 I managed to get the last ticket for the (Morning with Words) featuring my favourite British poet Don Paterson, who I translated some of his work into Arabic before. 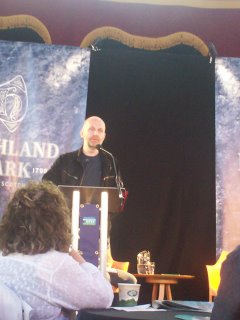 I got out of the Book festival and climbed one of the bridges to reach the old city where the street events of the Fringe festival are held. 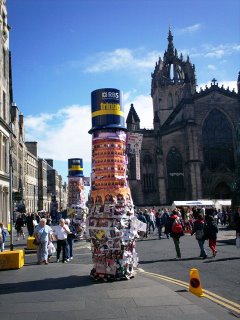 The most impressive scene is the castle which is built on this strange rocky hill. 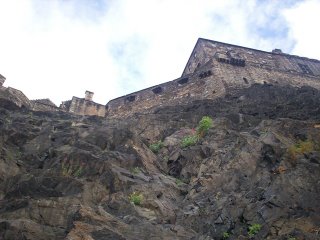 The city spirals and connects with a system of small alleys and stairways, which have strange names.

As I said Scots are very proud of their unique identity and history, so men here are still walking with their tartan skirts, and there were plenty of shops that sell different styles. I thought maybe next time I’ll buy one of these Scottish kilts and wear it. I guess not.

*
After a quick lunch and a brief nap on the grass of one the parks, I went back to the Book Festival as I was going to meet my friend, Libyan novelist Hisham Matar, who is invited to read from his book (In the Country of Men).

The event room was full, Hisham read from his novel and had a good applause, and then there was a long discussion by the chair of the event, and the audience. Then he signed copies of the book.
I managed to spend some quality time with Hisham; we went to the nearest pub to get a quick meal, and to chat about the events and Libya as usual, but I had to leave to catch my returning bus at 10p.m.
We were standing listening to a street musician while he was playing on his guitar pieces of folk and blues songs, I paid Hisham and Edinburgh a farewell, hoping next time I won’t visit this romantic city alone. But I forgot all about that as soon as I got a seat on the bus returning to London as I fell asleep dreaming about another city that I can not forget, ……….