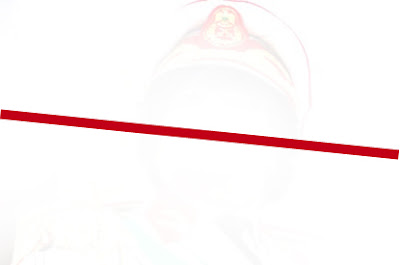 “You are free, you can go now”
it cost him six years of his life to reach to this point, to reach one word ‘free’, he stood in front of the prison to enter another larger prison, freedom was a wingless seagull thrown on the beach, watching the horizon trying to reach it. The words of the prison guard echoed “You can go now.”
He was uttering the words easily, after six years under investigation, a “victim”, for a “homeland”, six years of being victims. He got dizzy with the thoughts swirling in his head, years lost for a mistake; the road became long in front of him, leaving behind the ashes of burnt years.
He lowered his bag on the ground. He gazed at the horizon, hope growing inside him like a shy jasmine tree, and an image of the homeland growing to the size of his hope. He stood in front of the big picture, the General’s picture, gazing to the sky with arrogance, he took out a brush and paint tins, he began spreading the white colour on the big image, then mixing it with more colours, he seemed dedicated to a work he dreamt of doing for a long time, fear committed suicide that night. The sounds of dogs barking in the distance, screeching car tires reached him.
“Hey… you bastard, what do you think you’re doing?!  You will pay for your heinous crime.”
“ ……”
“You terrorist…!”
He felt sharp hands grabbing then throwing him in the car boot, they shouted before closing the door “what were you doing?!”
A smile glowed on his face, and he whispered answering the question “I was painting myself.”
There it was standing in the middle of the square; a painting of a deep red line in the middle of a bright white vast background.
______
* This story was written originally in Arabic and published in my second collection of short stories (A face knows no sadness) 2007.