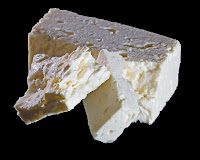 By:  Ahmed Yousef Aqila
(1)
They Fled to the mountains, and chose a deep endless cave to hide. They walked inside a long tunnel for many days… I meant nights, or more accurately a long dark period of time, while touching the walls. They were seven men and the eighth was their dog and the ninth a mobile phone and the tenth a laptop computer. A beam of sun has emerged somwhere from the roof of the cave at the end of the tunnel.
(2)
His Majesty the King wore a general’s suit; even his subjects were confused what to call him now. He was giving his usual fiery speech with enthusiasm. At times waving his fists in the air, and beating the table with his palms: “In the next five-year fiscal plan we will be able to manufacture white cheese. It is just a matter of time only.”

The dog stretched his arms under a thread of sun light falling from the roof. He stood up, yawned, and raised his leg to pee. He raised his nose and ears and barked loudly, echoing in the deep cave. The people of the cave began to wake up. One of them wondered, while staring to the ancient computer, and the grass that grew around them:

“How long did we sleep?”
“A day or less than a day I think.” answered another.
“Let’s send one of us with our money to the city, and ask if they are still valid.”
(4)

He enters the market, examining the circulating money in the hands of the sellers. He Asks:
“Is there anyone who buys old currency?”
“This depends on how old is this currency.”
He takes out the banknotes.

“Oh, these are a thousand years old banknotes. They have the picture of the General in his youth. They are priceless.”

(5)
He heads towards the public square. His Majesty the King was wearing the suit of an old General, decorated with medals and badges. He has fought many wars: the Gulf War, Desert war, the war of valleys and swamps, even caves war. Nothing can stop him from achieving his goals and objectives. Once he even postponed a visit to China when he saw a shoe lying upside down! He was giving his fiery speech with the usual enthusiasm. Beating the table with his cane: “In the next millennium we will be able to manufacture white cheese. I promise you that, it is just a matter of time only.”
_________
* Ahmed Yousef Aqila (1958-      ) is a renowned Libyan short storyteller, has several published short story collections and also published several books on Libyan folk tales and poetry. To read the original short story in Arabic press here.
« ..متفرقات » لماذا تسهر لوقت متأخر؟