Freedom of speech in Libya!.. A myth 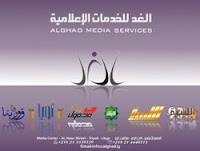 One of the few things that can drive me into mad and angry rant is how some Libyan officials come out on Libyan and Arab media to claim that we enjoy freedom of speech in our country. Not only that they try to persuade you to believe it using some certain way of primitive logical thinking, but they have the ability to utter any nonsense coming from their mouths with a solid and unflinching face.

With the nationalisation of the semi-independent, semi-private Al Ghad (Tomorrow) media company, with its subsidiaries of newspapers, T.V and radio channels, we can proudly claim that Libyan “people” regained control of a rogue attempt to achieve some sort of freedom of press and expression in the country, a small window in the wall of oppression that brought some fresh air of hope.

Some would tell me, that even with the semi-independent newspapers (Oea & Qurina), there wasn’t any possibility for free press in Libya as these two papers and other local news websites were operated by the same species of the so called state media. Others will argue that there is no such thing as semi-independent or semi-private media, either it is state owned and controlled or fully independent and free press, while on the extreme end we will find those who enjoy immersing themselves in the fairytales of conspiracy theories with its shadowy figures and invisible hands and claim that it was all staged and controlled from the beginning to fool naive and immature optimists like me.

The experience that we lived with Al Ghad media (Allibiya T.V, Oea and Qurina newspapers specifically) since its establishment in 2007 showed us that, with the reasonable financial support and some calculated good intention and planning, we can regain part of the old glories of the Libyan press in the 1960s and early 1970s, which will succeed with more commitment and persistence to stay the course and regain more rights for journalists, writers and intellectuals in Libya.

All that I can say is that we face a rough ride towards reaching a free and independent press in Libya hoping one day we can say that freedom of speech in Libya is a reality.