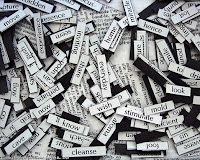 All the way to Norwich I kept thinking about the reason why we go on pursuing an ambition that we know from the beginning that we won’t achieve satisfactory results or won’t gain more than we are going to give in return, this was my opinion with literary translation, especially from Arabic into English, and Whilst I translated and published many texts (poetry, prose, articles, and even chapters of novels) from English into Arabic, which some were rewarding, my ambition to translate from Arabic into English was until now a lost quest despite my efforts to reach a sort of minimum satisfaction.

More than seven years have passed since the idea of translating Libyan literary texts from Arabic into English, and each year drifts away with me saying this will be the end, but I kept translating and publishers kept rejecting. So, when I heard about the British Centre for Literary Translation’s (BCLT) summer school (20-26 July 2008) that ambition inside me ignited once more and I found myself on a Sunday morning on a train headed towards the city of Norwich near the east coast of England full of anticipation and hope. 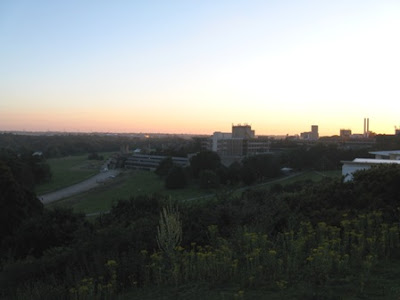 The University of East Anglia Campus 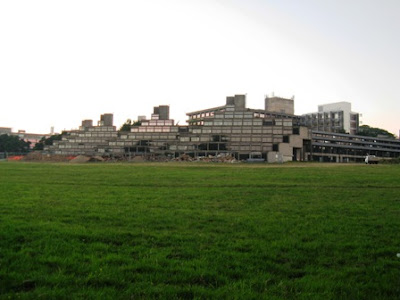 On reaching Norwich I took the bus to the University of East Anglia (UEA) campus where the BCLT and its summer school are based. The UEA campus is located three miles to the west of Norwich where it sits on a green hill and spreads on a plain that is bounded from its south side by a marshland and a lake that is on the course of the river Yare.

That Sunday evening we had our first introduction to the summer school with a reception and readings by the writers in residence of the different languages which were: Arabic, German, Irish, Italian, Portuguese and Spanish, and the writers in resident were: Hassan Daoud (Arabic), Lena Gorelik (German), Giles Foden (English-Italian), Gabriel Rosenstock (Irish), José Eduardo Agualusa (Portuguese), and Carmen Posadas (Spanish). 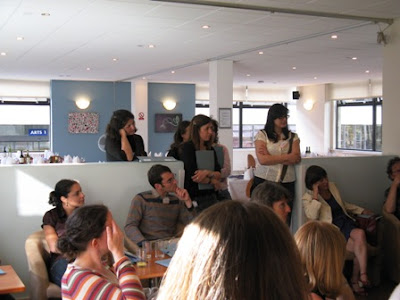 some of the participants of the summer school 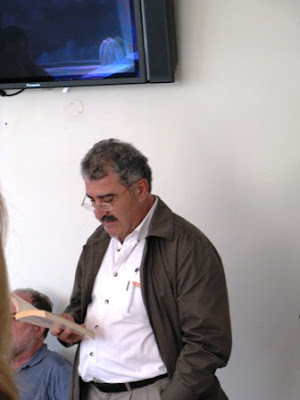 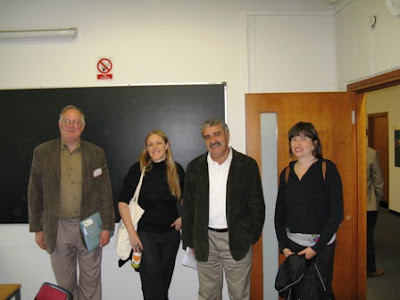 The Arabic group was the second smallest group after the Irish one. We were only three participants (Ghazi Gheblawi, Alice Guthrie, and Kate Griffin). The largest group was the Italian group, which was the only one that worked on translating a text from English into Italian (The Last King of Scotland by Giles Foden).

During the week of the workshop, we had to work on translating part of a text into English, with discussions and lots of new skills and techniques to learn. Our day was divided into two main sessions: the morning session from 9.30 to 12.30 followed by a lunch break until two o’clock, then an afternoon session from 14.00 to 16.30 then a general lecture from 17.00 to 18.30, then we had dinner from 19.30 till 20.30, and then the long day concluded with an evening event till 22.00. 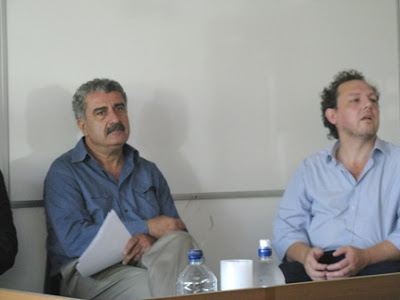 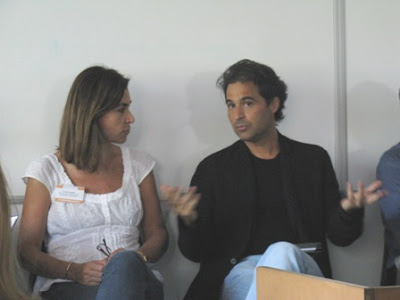 Our group worked on translating the first pages a novel by Lebanese novelist Hassan Daoud called (Song of the Penguin) Ghina’a Al Batreeq, which tells the story of a handicapped young man living in Beirut during the end of the civil war in Lebanon and his family’s memories about a city that was abandoned under the rockets and bombs of the fighting factions and militias in Beirut. Our process was to hear Hassan Daoud read a paragraph in Arabic to feel the rhythm and inner tones of the text and then start translating the paragraph by each one of us separately and then read out the translation, sentence by sentence, and start polishing and refining the translation to reach an agreement on the best English version of the Arabic text, sometimes we managed to translate a paragraph in half an hour but sometimes we spend an hour stuck with one sentence. After nearly five days of work we managed to present only four translated pages of the novel in English.

On Wednesday we had only a morning session for the workshop and the rest of the day was given to us to enjoy the weather and get to visit Norwich which I loved, especially the old quarter and the open market. 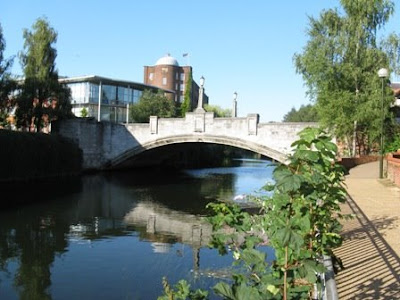 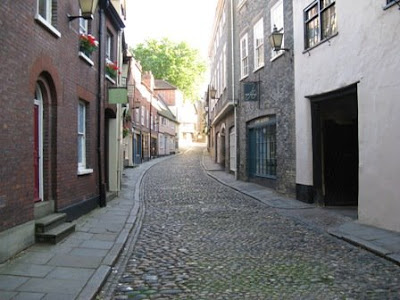 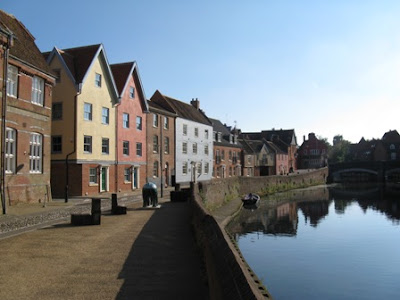 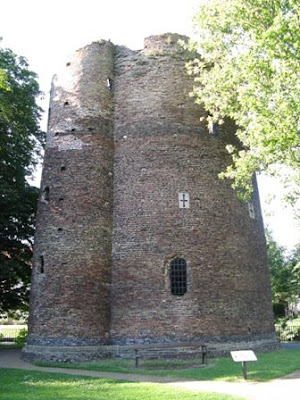 Pictures from the city of Norwich

One of the interesting general lectures was titled (Engagement in Translation) by Prof. Clive Scott, who mentioned lots of controversial and sometimes conflicting ideas. Prof. Scott said that the translator is a reader that redefines the text that is being read and by so doing he is re-writing the original text in his mind, and so the text itself is in a constant process of being re-written again and again with many possibilities, and by this the translator is a writer of another text that has been re-written in his mind by reading not ignoring the circumstances and environment around the translator during the process of reading and translation. In that sense the text that emerges in the new language is another text different from the original and so he stated that translation is a form of forgery of the original text and for the translation to be nearly authentic the reader must know the original language of the text that was translated from.

Those ideas made me think about my main problem in translating from Arabic into English, which is, that while translating any text into English I still have the Arabic text shouting in my mind, so whenever I read the English translation it sounds correct, because my mind is stuck with the original Arabic, but that’s a problem I need to deal with and as one unique translator in the summer school (Shaun Whiteside) said “don’t be frustrated, and keep working and translating”.

I went to the BCLT summer school with a question, what am I doing here? And ended up with lots of ideas, plans and inspiration, to work on to fill up my gaps and continue to follow this reckless unrewarding ambition to become a better, reader/translator/writer/forger. 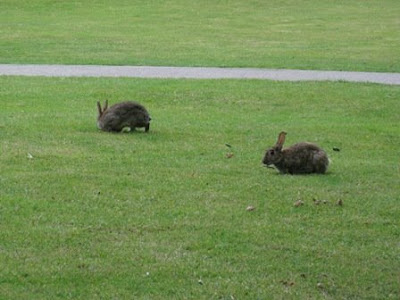 Rabbits were every where..!!

* special thanks to Amanda Hopkinson, Valerie Henitiuk, and Catherine Fuller of the BCLT, Paul Starkey, Hassan Daoud, Kate Griffin, and Alice Guthrie of the Arabic group, and lastly to Shaun Whiteside and Lena Gorelik and all the participants of the BCLT summer school 2008.