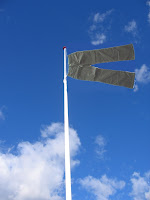 A short Stroy by: Ibrahim Bayodh*
Translated From Arabic by: Ghazi Gheblawi

That evening (Al Zarrouk) didn’t leave the residence annexed to the school to house the villages’ students, and which is comprised of three rooms and a shanty; he didn’t leave to visit his family as he used to do every weekend. So he amused himself by preparing tea and succeeded more than once to oust the idea of washing his only trousers but the idea came back again. So he gave up to the urge and took off his trousers in a hurry and wrapped himself with a piece of arborous cloth his fellows use as a curtain in place of the door during the long hot seasons to catch the northern breezes.
When he put the trousers in the washing tub he noticed that its thick cloth that looks like the cloth of tents will need more time to dry more than the short winter evening, so he didn’t hang it on the rope behind the three rooms but the thought of a place that can catch an air current and chase the nearly setting sun’s warmth. So he tightened the sheet on his waist and headed for the school.
He lowered the flag, piled it in the corner and raised the trousers in the sky and sat down staring at the scene, and watched the overlapping of stripes and the dancing of colours.
The trousers elated with the high air and enjoyed the warmth so it waved with pride intimidating the talent of Al Zarrouk. So he began to chant a tune of an anthem of his composition, praising trousers and glorifying the naked waiting in yearning below the mast.
He nearly ended composing his majestic anthem when he was interrupted by the roar of a governmental Land Rover car which stopped suddenly at the gate and covered the school with a cloud of dust. He was led by two national security agents in his sheet that looks like girls’ skirt. And along the road he was looking for an explanation to what happened, thus he couldn’t find a reason, until during interrogation, so he nearly burst in laughter in the presence of the sullen interrogator with rusty face. After the interrogator asked him about all his folks and family and his hours of sleep, said:
“I can ignore the lowering of the state’s flag down the mast but you crossed the line and raised instead of it a flag of an unknown country. This high treason deserves execution”
‍‍‍‍‍‍‍‍‍‍‍‍‍‍‍‍‍‍‍‍‍‍‍‍‍‍‍‍‍‍‍‍‍Al Zarrouk restrained his laugh and said:
“Mr. Interrogator, that’s my trousers, and not a country’s flag.”
The interrogator replied in anger:
“As long as it was raised on the mast then it becomes a flag.”
Al Zarrouk was kept in prison on the charge of working for a foreign country and spent his sentence in his sheet that is like a skirt. Days and seasons passed. Day and night blended. The tales and names faded. Then suddenly he was released and the same interrogator with the rusty face saw him off, and at the door shook his hand a lot, and congratulated him for his true prophecy of the new regime that adopted from his trousers a flag for the young state.
Al Zarrouk never got back his trousers. And replaced it with the sheet, that’s like girls’ skirt for the rest of his life. And he bursts in laughter when ever he sees the flag mast, and repeats his vague quotation:
“A trousers on top, so there is a naked man below.”
And between the silence and laugher, his long life’s journey extended…

* Ibrahim Bayodh (إبراهيم بيوض): A libyan writer (B. 1966). Published two collections of short stories and a collection of children stories in Arabic, resides in England since 2004. To read more of his work please click here